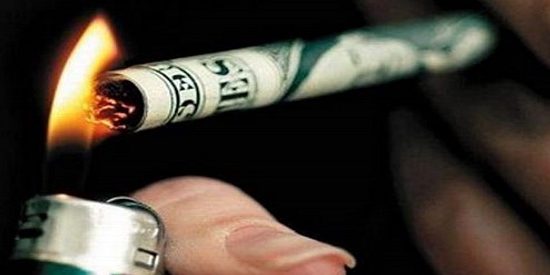 E-Cigarettes Are Less Toxic
Although the U.S. Food and Drug Administration has issued a warning that some e-cigarettes may contain a toxic substance known as diethylene glycol, conventional cigarettes contain over 4,000 known carcinogens – making electronic cigarettes a clearly less-toxic alternative.
E-Cigarettes Can Help Smokers Quit
Electronic cigarettes were originally marketed as smoking cessation device until FDA restrictions dictated that personal vaporizers were not officially approved as a medicinal device. Regardless, users of electronic cigarettes can opt to purchase “e-liquid” for their vaporizers that does not contain nicotine.

This provides a clear benefit to smokers who aren’t only addicted to the nicotine, but to the motions associated with smoking. E-cigarettes allow smokers and former smokers access to the psychological needs that go along with smoking without exposing those individuals to the cigarettes themselves.

Electronic Cigarettes Have No Smell
While almost all non-smokers find the smell of cigarette smoke unappealing, many smokers feel the same way. Electronic cigarettes provide a realistic smoking experience without the unpleasant odors associated with smoking. Electronic cigarette smokers don’t have to leave the window open, burn incense, or spray air freshener on a regular basis to diffuse the smell of cigarette smoke in their homes. The water vapor released by personal vaporizers dissipates in the air almost instantaneously – leaving no odor behind.

No Secondhand Smoke
Secondhand smoke may not be as toxic as actually smoking, but it still presents a clear danger to exposed individuals. Secondhand smoke contains the same carcinogens smokers inhale – making it a clear cancer risk. According to the U.S. Environmental Protection Agency, secondhand smoke is responsible for roughly 3,000 cancer cases each year. Electronic cigarettes, however, give off water vapor rather than secondhand smoke, making them harmless to friends, family members and passerby.

E-Cigarettes Bypass No Smoking Bans
No smoking signs abound – in hotel rooms, workplaces, movie theaters and restaurants. Electronic cigarette smokers can often bypass these bans since personal vaporizers are just that, vaporizers. They are not cigarettes. This, and the fact that electronic cigarettes give off no smell and no secondhand smoke, allows the smoker to enjoy a peaceful smoke anywhere he pleases.

E-Cigarettes Save Money
With cigarette prices soaring, the average pack-a-day smoker can expect to spend well over $100.00 a month on cigarettes. Consumers can purchase a high-quality electronic cigarette online for less than $40.00. The cost of additional batteries, atomizers, cartridges and e-liquids may initially add up to equal the cost of a month’s worth of cigarettes, but last the electronic smoker far longer than a mere month. Thus, the money saving potential of e-cigarettes cannot be ignored.

Consumers interested in purchasing an electronic cigarette are strongly encouraged to do their research before making a decision. While mall kiosks and gas stations frequently sell starter kits, the electronic cigarettes found in these places are often of low quality or can be purchased online at half the price. In addition, some models appeal more to heavy smokers than light smokers and vice versa.

HOW I SAVE MONEY WITH SV DISPOSABLE E CIGS & REFILL CARTRIDGES
March 26, 2017