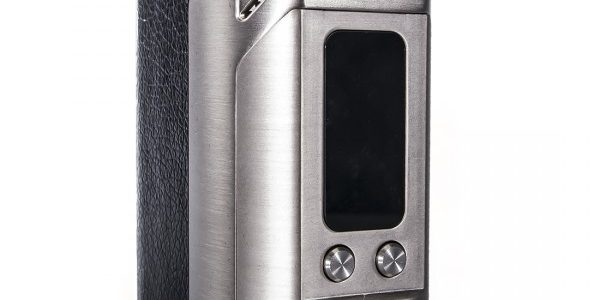 Are you looking for a beastly mod with super high wattage and long battery life? The Wisemec Rx300 Mod is just the product for you. This mod is an improvement of the popular Releaux RX200. 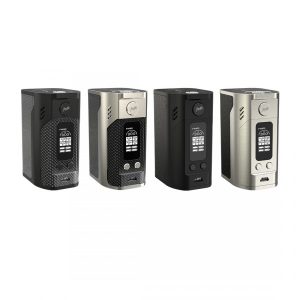 The Reuleaux RX300 was designed by Jaybo and built by Wisemec. As a result, you would find the Jaybo logo right on the fire button. The main highlight of this mod is that it can provide up to 300W. It is safe to say we’re entering the era of mods with 300+ wattage. The RX300 is one of the mods with the highest wattage output capacity currently on the market. It runs on four rechargeable 18650 Li-Ion batteries. The battery compartment is situated under the mod, and it has a magnetized cover.

The Wisemec Reuleaux RX300 is not only powerful, but it also has a very fashionable appearance. It is made out of aluminum and is available in leather/stainless steel,  black carbon fiber, and black carbon fiber/silver. You can choose to use either a carbon fiber or leather body for the mod. The package includes both cover options, and you can change them by yourself – just be careful. This mod has a dimension of 42mm by 58mm by 81.7mm. It is one of the biggest vape mods from Reuleaux.

You can get the Wisemec Reuleaux RX300 Mod for $63.99. It is available for purchase on many online vape stores. The mod has a 0.96-inch OLED screen which can be used to regulate the device. The screen shows the setting of the device as well as other information like the battery level. Above the screen is the fire button which makes a clicking sound when you press it. Below the screen are two buttons to change the settings. The screen interface is similar to other Wisemec mods. The layout and functionality of the OLED screen and the control buttons are also similar to other mods on the market so that shouldn’t trouble anyone who is not new to vaping.

You can run the Reuleaux RX300 with either titanium, stainless steel or nickel wires. The mod also has a preheat functionality that allows you to start vaping instantly. It has a resistance of between 0.1ohm and 3.5ohm in power mode and 0.05 ohm to 1.5ohm in temperature control mode. In the temperature mode, you have the option of using this device within a range of 200F to 600F (100C to 315C).

A charging port is situated just below the two buttons. The mod comes with a micro USB cable which can be used to charge the device and also for firmware upgrade. Thanks to its massive power capacity, this mod can be utilized as a power bank to charge other devices like phones and tablets. It comes with an RC adapter for this purpose. 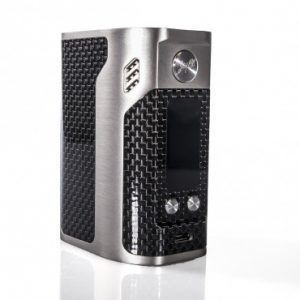 The Wisemec Reuleaux RX300 has a spring-loaded stainless steel 510 connector. This is an improvement over its predecessor. This mod is compatible with atomizers that have a width of 25mm or less. It also comes with many safety features. There are multiple venting holes on the sides and at the bottom of the mod to prevent overheating. It also comes with reverse polarity protection.

The Wisemec Reuleaux RX300 mod is a perfect choice if you are a cloud-chaser. It has just the power capacity to have you fill your room with thick cloudy vapor after a few hits. The only downside of this mod is that it is quite bulky and heavy. However, that appears to be the price to pay for its high wattage output. It is a plus that the mod is very appealing to look at.